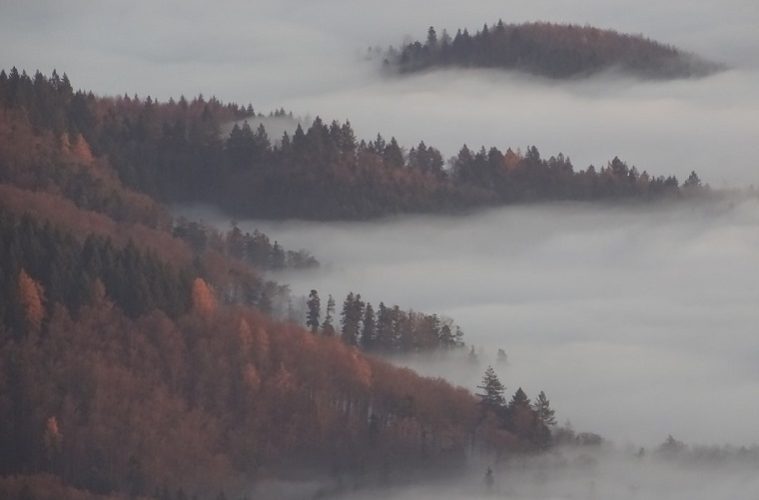 There are some scents that are synonymous with a British autumn – wood smoke, bonfires and fireworks – but it’s the comforting smell of food that gives you the warmest feeling.

Apples, blackcurrants and blackberries are paired with spices and served with sauces in kitchens, dining rooms and restaurants across the land. Stick with seasonal scents and envelop yourself in the tastiest flavours, with our guide to autumn clouds.

Mr Wicked’s Apple and Blackcurrant has blended both fruits with a hint of candyfloss to create a treat that is both sour and sweet. Totally Wicked’s Red Label Blackcurrant has a powerful aroma of this succulent fruit, and its Patriot juice keeps it fresh, twinning plump blackberry with a sharp lime twist.

Slightly out of season, but still available during the autumn, is Rhubarb and Custard from Puff Dragon. Definitely one for dessert-lovers, it’s vanilla custard with a hint of rhubarb and a dusting of sugar.

Take yourself to a snow-covered trail, hiking through the Austrian mountains (yes, this e-liquid comes complete with a back-story), and imagine sinking your teeth into rich pastry “as crisp and crumbly as fresh snow“, radiating “a scent of sweet honey and fruity spice” to taste the zesty apple beneath. That’s the experience this UK-manufactured Vienna Apple and Spice Strudel from Not Blowing Smoke Ltd promises you!

Over to the US for the inspiration behind Marina Vape’s not one, but two incredible-smelling cloud flavours: Marshmallow Man, the original  or Marshmallow Man 2, toasted (!) and described as “a crispy caramel like crunch before soft warm gooey gorgeously sweet marshmallow explodes in your mouth. This is one for the flavour and cloud chasers with the sweetest smelling fog ever known to man – awesome!”