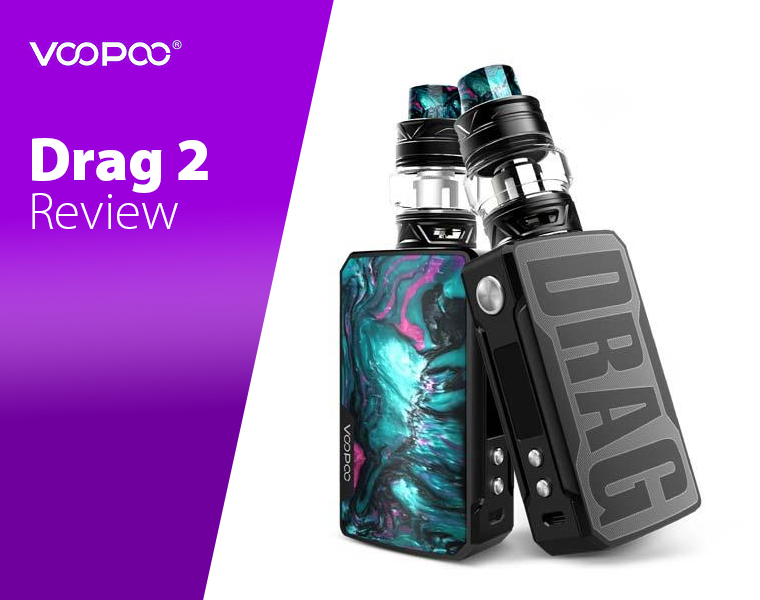 Last year, VooPoo came from relative obscurity within the vaping world to release the Drag 2 mod. Emblazoned with the mod name down the side, the Gene chip powered dual 18650 mod was a massive seller, with the device still selling rather well to this day. It represented a company making a quality product that met user needs and thus, making waves within the vaping community as a result. Their follow up products didn’t have the same impact unfortunately, so VooPoo came back after 15 months of research and development; 11 million Gene chips mined and 161 tanks tested to improve on their number one best-seller. The Drag 2 is VooPoo’s aim to keep themselves at the top of the mod market and keep delivering that quality that they are now known for.

About the VooPoo Drag 2

The Drag 2 is a dual 18650 battery mod capable of firing up to 177w. The device comes in at 88.3 mm by 51mm which is 2mm by 3mm smaller than the original Drag. It comes with a 510 spring loaded pin on the top and compatible with up to 26mm tanks without overhang with its slightly off centre pin. The device has a full-side resin design in a multitude of different colour options and on the opposite side features the trademark Drag logo. The device has a whole side magnetic battery door with top and bottom magnets to secure the door in place. The right side features a screen with a top round-fire button and 2 small navigation buttons underneath, with the USB featured at the bottom for firmware upgrading/battery charging (not recommended). 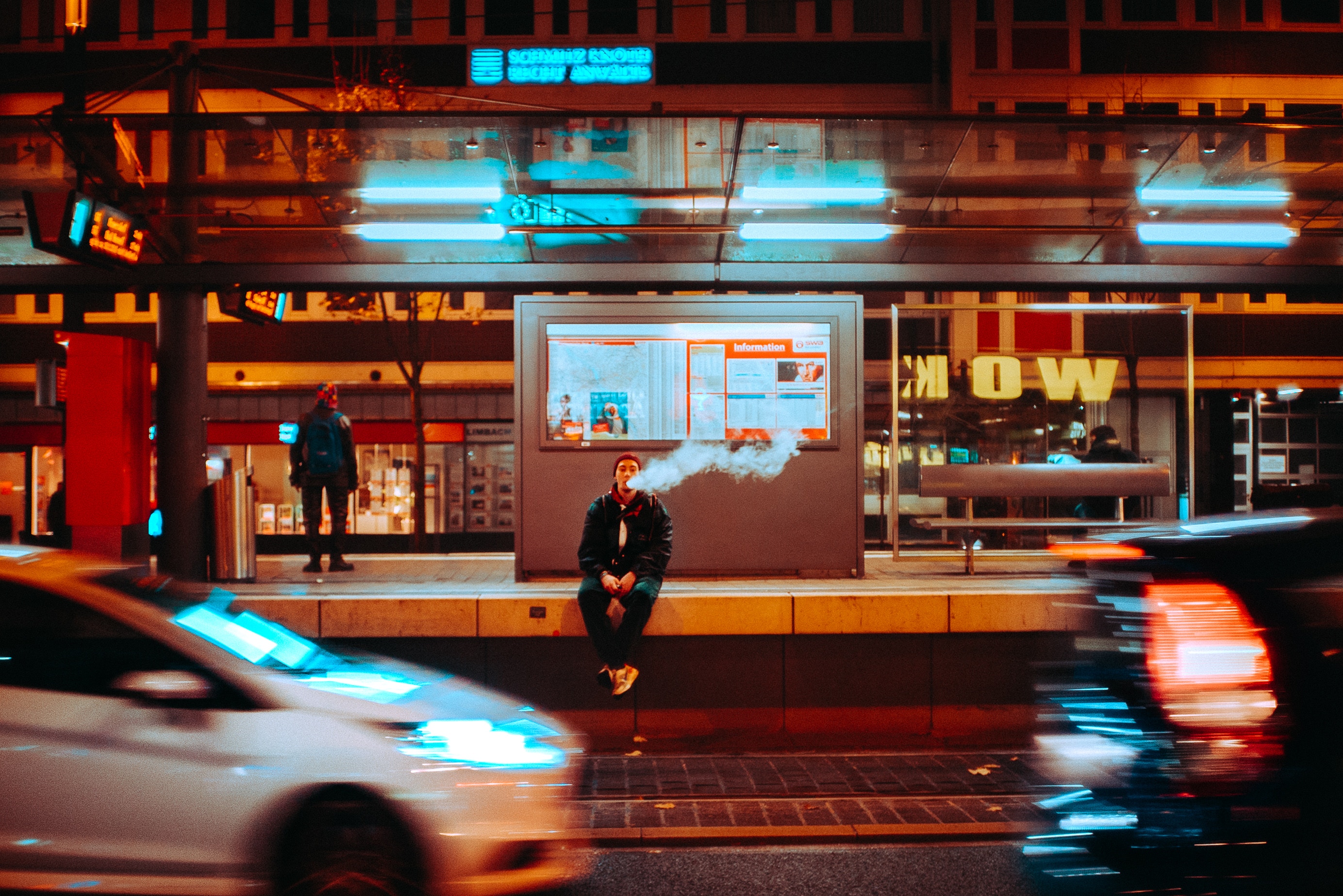 About the Gene FIT chip/navigating the device

This was my first experience with the Drag mods, so a lot of my positives come from a first time usage rather than simply a comparison piece. The size of the device is really comfortable in the hand, with just the right amount of weight added to it. The device is also really user friendly with the simple menu controls and lack of complex menu system to get lost in. This was a huge selling point of the original Drag so a major positive to see it remain in its successor. Overall, the device is just extremely easy to use on a day-to-day basis, combined with the weight and size, it makes the Drag 2 feel like a quality device at a mid-range price.

The biggest selling point for the Drag 2 is the performance of the Gene chip inside, still one of the best chip sets on the market for performance and battery life. You can get to around a day and a half battery life from your batteries which is fantastic, with quick firing and accurate power/temperature control included as well. Screen display is also fantastic, presenting only the relevant information for your average vaper. So similar to the lack of menu system, the simple display is easy to read and use effectively. The resin design on the device is stunning in a fair few different colour schemes, with more to come over the year similar to the original. The bold designs really make the device stand out from others and with a colour matched tank (or UForce) on top then it gives the whole set up a sleek elegant look.

Due to the new designed door of the device, the Drag 2 side panel can be a little loose on the touch when played around with. As the door now fits on, rather than in the device like the original, there can be a slight movement there when a little effort is made. However, this does seem to become rarer as the device gets used more over time. In my experience, there is no noticeable movement at all now.

The paintwork on the sides of the device can be a little prone to scuffs with general wear and tear I have found over my time with the device.  It’s a shame because it can make the device look a little shabby even with correct care taken; a cover may be the best option to preserve the looks of the device. It has to be said that the FIT options leave a lot to be desired as well, with the features acting more like pre-heat modes rather than genuine improvements to the vape. For example, the vapes feel quite underpowered in comparison to natural wattage vaping, with all 3 feeling like a significant power drop-age has occurred when vaping over 80W. The memory options being found in a different menu, as previously mentioned, is a little strange. It probably would have been better served within the main menu cycle itself. Other than that, there is very little to really critique the device on, not without really nit-picking into personal preferences.

The Drag 2 potentially could be the best mod of the year again. VooPoo have shown that sometimes improving the best is a much smarter choice than trying to offer something significantly different. The device is a joy to use and performs fantastically – as good if not better than any other device on the market right now.

How it differs from the original drag is up for debate, especially when talking about the unnecessary FIT options included, but the Drag 2 represents something fantastic for any vaper today. Despite not being a fan of box mods in general, the Drag 2 has been my go-to device since I got my hands on one back in November, and it has replaced many others as my go to device.

Looking at products being released since, the Drag 2 is seemingly the standard rather than the exception with many other similar devices being released off the back of the Drag’s success over the past year.  However, the Drag 2 really stands out as fantastic value for money and it will take something truly special in its price range to knock it from being the biggest selling device of 2019.