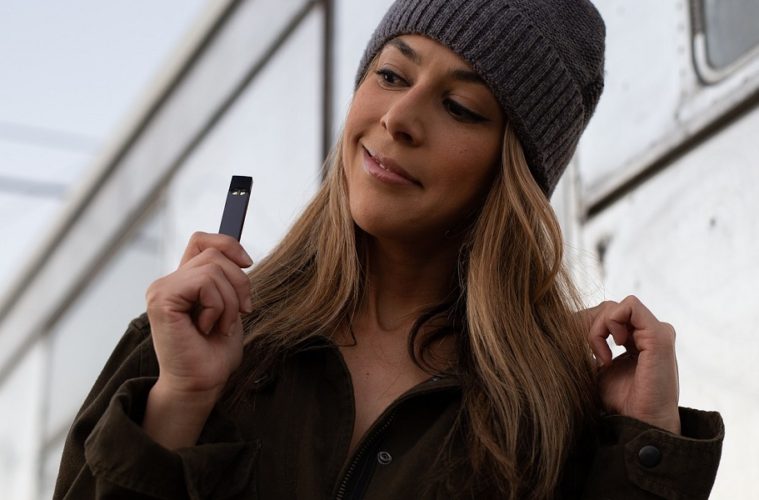 JUUL – the rise of a billion dollar company

JUUL started 2019 with some massive news that Altria, the tobacco company behind the likes of Malboro have bought a 35% minority stake in the E-cigarette Firm. What does this mean for the company, and more importantly, what does it mean for vaping?

JUUL were a company born out of PAX Labs, who designed devices used for cannabis and tobacco leaf vaporisers from as early as 2007. Formed by James Monsees and Adam Bowen, PAX Labs (or Ploom as it was known) worked to bring out the PAX range of vaporisers designed for discrete smoking and high-end technology.

In 2015 they introduced the JUUL: an E-Cigarette designed as a switching tool to get people from smoking. By 2017, JUUL branched out into its own company and to this date, JUUL command up to 73% of the market in USA for E-Cigarettes. JUUL has been indirectly linked to a huge amount of smokers quitting over in America.

The simple device provides nicotine that’s equivalent to a pack of cigarettes, with 200 puffs per cartridge in a range of flavours. In November 2018 JUUL announced, in compliance with the wishes of the FDA, that they would no longer sell flavoured pods for the JUUL, instead only making them available behind a website where proof of age is required before purchase. This is to decrease the appeal to teens adopting vaping as a trend that seemed to focus around JUUL systems. JUUL now aim to branch out into the UK market in 2019 to keep delivering the message of a satisfying alternative to cigarettes.

The biggest question in all of this is why a tobacco company investment? Officially, JUUL were struggling to gain investment elsewhere and they plan to use the investment and experience from Altria as a means to get into more retail (brick and mortar) outlets. This is to increase the availability of the product. Could there be more to the story than simply an investment when you look beneath the surface?

The biggest criticism of JUUL in the past has been its aiming of products at teens in America.  99% of the advertising from JUUL came from social media and it’s from this point that the hashtags and almost meme-level of popularity began. This was also deepened when JUUL tried to sponsor school courses, before being reminded this was a tobacco technique.

As a reaction to all of this, JUUL have invested $30 million into prevention courses and work with social media to remove any teen-related-promotion of their product. They have also ceased non-age restricted websites from selling their products over the past 12 months to ensure that legal age customers can only buy their products.

However over the past 12 months the damage has been done in America, and it can be said that it’s the leading form of evidence the FDA have in their fight against the E-Cigarette market.

The biggest question over JUUL will be from the tobacco involvement inside the company. On the surface it seems plausible but, the bigger issue lies within the FDA over in America. One of the main pulls of E-Cigarettes is the flavourings which the FDA are pushing to be removed to prevent the lure to teens in the country. It is something that JUUL are already adhering to with the flavour removals.

However, there may lie a deeper issue for Americans; without the flavours, the appeal of vaping is greatly reduced. This can lead to less people making the switch and therefore keep more people smoking. Potentially, one of the biggest tobacco firms are in a prime position now to ensure the regulations come into effect, with only themselves to benefit from it.

Vaping is a method that people can use to quit smoking for good and eventually quit nicotine. Giving users control over their nicotine usage, to allow for reduction and eventually quitting, has proven to be the most effective way of quitting smoking. This is based on the significant increase of quitters over the past 4 years from statistics.

However, JUUL is not advertised as such; it’s advertised on their website as an alternative to smoking. This is a potential issue simply because it then removes the effective purpose of vaping. If the idea is that E-Cigarettes are simply an alternative within the market, it can distort the whole image of the product and remove the idea of it being a quitting tool instead. Once that is removed, E-Cigarettes then become much more open to criticism over nicotine addiction. Combined with the strict nicotine content within the pods, it removes a users ability to control their intake over time, removing their ability to quit altogether.

The story of JUUL is quite a deep one in such a short space of time; there are plenty of points over the past 3 years that draw into question the motivations of the company. Essentially, the JUUL is a vaping device which is meant to be an alternative to smoking and that is fantastic to see, no matter what is happening in the background.

Sometimes it’s easy to forget the bigger picture in vaping is the fact that it means one less person is open to smoking-related illnesses and no matter the form of the product, as a community we have to show support.  However, for a product born from a tobacco company and now thirdly owned by one, there seems to be more at play than meets the eye.

My major concern in all of this is where this ends up in America, with potentially the biggest vape company there partly connected to the biggest regulations in the world. It appears that the distinction between smoking and vaping is stressed upon but the addictive qualities of nicotine is forgotten in the process.

Additionally, there seems to be a lack of real distinction in anti-JUUL parties within the country, where the move for teens to go from smoking to a proven 95% safer alternative is treated with the same disdain no matter the differences between them.

Moving forward, JUUL need to throw their weight behind quitting rather than replacing if they truly want to stand out as a giant within the E-Cigarette market. However, moving addictions from one to another is no different to the tobacco companies that JUUL are meant to be driving people away from.

If the intentions are simply to profit from people’s addictions, then JUUL are in no way different to the tobacco companies fighting to get rid of Vaping from the market altogether.