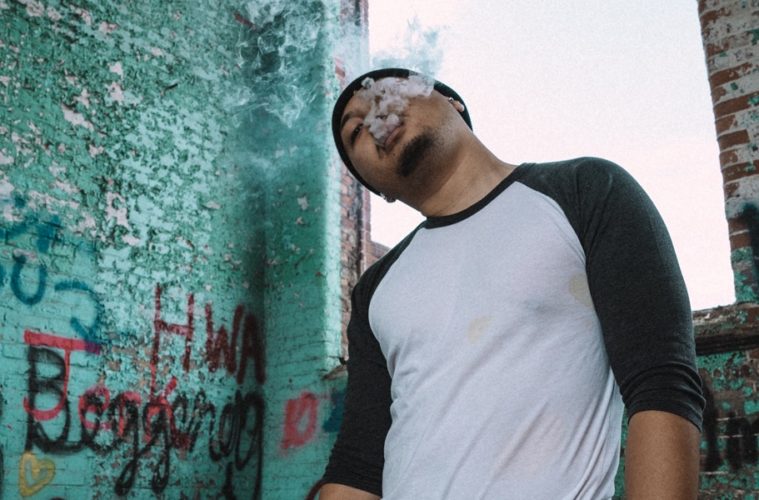 Innovating and revolutionising: the Aspire story

Over the years there has been many companies who have risen and fell as their products were released. Some of those remain and some are now a memory, only kept alive by their die-hard fans. Some companies rise sharply, such as Voopoo or Geekvape and others remain producing quality products such as Innokin and Smoant. However, among all those names there is one that stands out. One that has not only rode the market, but reinvented it over and over. That company is Aspire, the company who write their own rules and still continue to surprise and astound vapers worldwide. So, I want to take a quick journey as to how Aspire went from the name eclipsed by long forgotten brands into being the industry leading juggernaut it is today.

The rise of a star

Back in the early days of vaping, MTL devices were pretty much all you had available to you. Low powered and quite basic wicking for coils, the technology hadn’t advanced beyond this, so it was very hard to really stand out innovatively. Aspire were one such company, overshadowed by many others at the time, and the time capsule tells you there was no mention of any of their products in anyone’s top 10. They started out with the CE5 BDC they focused on products such as the Vivi Nova, E-pen and the Maxi from then on. All good tanks but nothing that really stood out, until 2014 hit and they changed the market forever. In 2014 their new tank, named the Nautilus, released and changed everyone’s conceptions on how vaping worked. Using bottom coils with internal wicking, a high-quality design and fantastic performance, the Nautilus was revolutionary. In fact, some may even consider that it remained the standard for MTL tanks until Aspire released their follow up some years later – it was that good. The impact of the Nautilus rang throughout the whole industry and catapulted Aspire to the very top, however Aspire weren’t finished and 2014 ended with possibly the biggest release of vaping history.

By the time 2014 finished, the Nautilus was the biggest product on the market by far. Nearly every vaper owned one and it changed the way other companies designed their tanks. Not one for being content with being the best, they decided to change the face of vaping completely with their latest release, the Aspire Atlantis tank. Up until this point, everyone knew what vaping was until the Atlantis released and gave birth to vaping as it is known today. Instead of a low powered restrictive draw, the Atlantis was the first commercialised sub-ohm vaping tank, giving bigger flavour, clouds and power. Competitors followed with their versions but, Aspire were the first to truly take vaping to the next level and the Atlantis probably stands as one of the biggest selling tanks of all time – only probably bettered by themselves a couple of years later. This release was truly revolutionary and the shock-waves that Aspire sent through the market helped shape the landscape for years to come.

Moving into 2015, Aspire continued to lead the market with the Atlantis V2 which improved the design and performance of the original, and brought with it more coils designed for bigger and better vaping. However, it was their next big release that proved to be a little bit of a step back for the company – the Aspire Triton. Continuing the sub-ohm range, the Triton was a commercial failure for the company proving to be very problematic with both coils and overall design of the tank. However, Aspire did bring out more innovation that again changed the way tanks worked. Until this point, sub-ohm tanks were bottom fill design, meaning filling was a problematic experience, the Triton was the first product that featured top fill design. Every single tank that we know today comes with their version of this but it was way back with the Triton that really started it off.

Following on that year, Aspire released the Triton V2 which fixed many of the design flaws that were found in the original and it fared much better. At this point, other companies had started to overtake Aspire with their sub-ohm products such as Smok and Uwell. Aspire needed something big to reclaim their crown and the following year, they did just that.

Following on from the Triton failure, Aspire still had presence with the Atlantis but their power was waning somewhat. As the market grew bigger and better, tanks were released that overshadowed it to the point that Aspire seemed to be still coasting on past achievements. However, in 2016, Aspire came back to market and completely blew everyone away with what has never been copied or bettered in design – the Aspire Cleito.

For the third time in as many years, Aspire took what was known as standard design and completely ripped it up in forming the Cleito tank, which still remains its own unique design to this day. Aspire turned the chimney of their tank into a whole coil, giving again better flavour, performance and brand new look from their competitors.

The Cleito was a massive hit with vapers and again probably stands as one of the biggest selling tanks of all time; mainly as they priced it cheaper than most others on the market. The Cleito was an incredible success for Aspire and it firmly put them back on the top of vaping, especially with their lower powered coils compared to the beasts of the likes of Smok. It still proves to be a popular tank to this day which is a testament to how good a product it was back then. 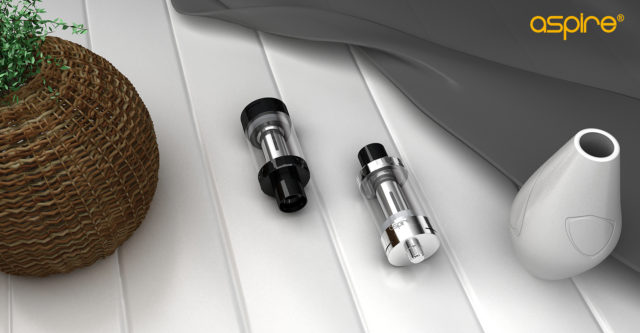 2017 for Aspire was underwhelming compared to their previous years. They were among the best in market with the Cleito and Cleito 120 tanks from the previous year and it seemed Aspire were content with cruising for once. They released the Nautilus 2, which bettered their original design of the biggest selling MTL tank of all time, and continued to lead the way in the market. Relying on their other products to continue selling, it finally seemed that Aspire had run out of gas and were happy to remain content. That all changed by the end of the year, however, and they ripped up the rule book once more.

The final release of 2017 was the Skystar mod, featuring a simplified touch-screen control combined with a light and portable design. Aspire weren’t the first to do touch-screen but they did it well. It was what was on top of the mod that proved to change perception once again. Aspire had also developed a new tank, the Revvo as it was named, which offered something rather unique again – disc coils. Taking what was known about coils at the time, Aspire completely changed the idea and developed the arc coil; a disc shaped coil that sat on the top rather than the bottom of the tank.

Giving a bigger wicking area with the idea of natural usage wetting the cotton, it completely changed the possibility of how a coil may work. Despite the tank  not being as big of a hit as the Cleito was the previous year, what the Revvo served to be was another indicator that Aspire were never looking to compete with the competition, they were constantly looking at reinventing vaping.

The birth of a new generation

Moving into 2018, Aspire finally settled down into their own pattern. Releasing products such as the Plexus, the Cleito pro range, and the Dynamo, they were doing things on their terms rather than trying to match their competitors.

However, in April of that year, they brought out something again that pushed what was possible at that point and triggered a whole new market into a new generation of design. Aspire released the Feedlink kit, the first semi regulated Squonk device and paired it up with a redesigned Revvo tank for that purpose. What this did was bring squonking to the mainstream and give the possibility that a whole growing market in vaping was not closed off to just the experts.

The Feedlink provided a protected semi-regulated mod which moved away from the mechanical mod style of the other products and paired it with a stock coil tank which has never been achieved since. It was from this point that the possibilities of squonking grew and many companies since then have offered to bring their own regulated devices to increase safety and performance for vapers. 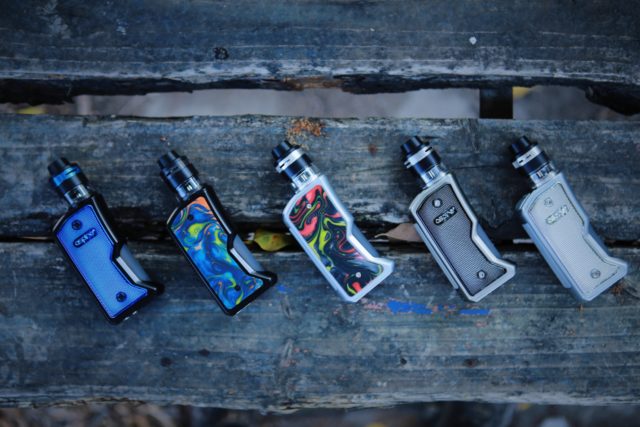 Throughout the years, Aspire have constantly revolutionised vaping through their ideas and probably stand alone as being the most innovative company out there. To some extent, most vapers may not realise the part Aspire have had to play in the rise of the industry and for good or bad, they have been there to change both expectations and perceptions of what is possible.  Never shy of taking risks, Aspire stand alone in their field and prove that the market is never truly ready to stagnate. What will the future hold? One thing is for sure, one company will continue to aspire to keep pushing the boundaries of what is possible.