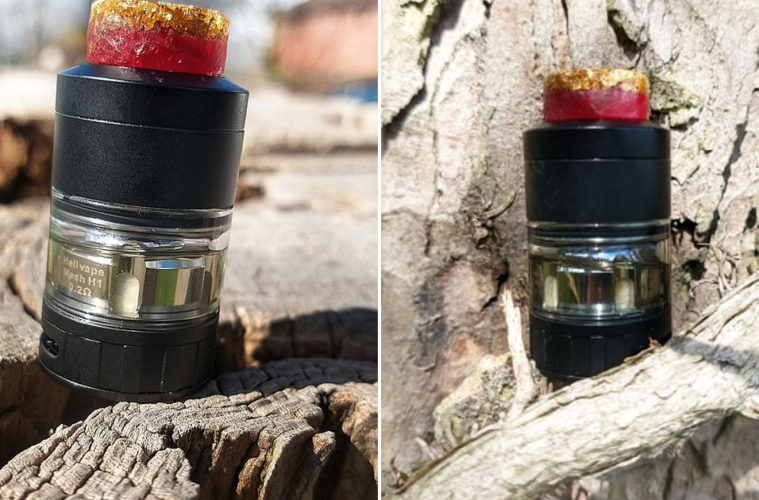 Hellvape are starting to make their mark within the industry with the Dead Rabbit RDA, but the Hellbeast represents something potentially rather special.  A collaboration between Beyond Vape and Hellvape, the sub ohm tank aims to be the first hybrid tank on the market, how does it fare and more importantly, should you buy one? 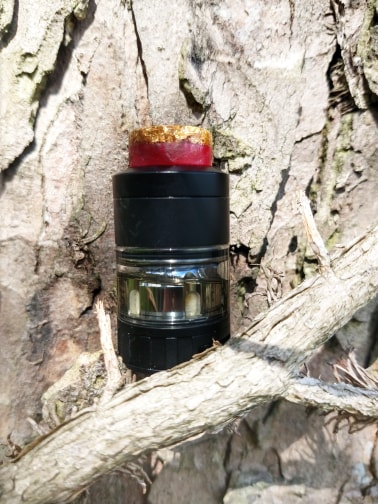 What’s in the box?

The Hellbeast represents the first sub ohm tank from Hellvape and they have gone big with this one.  It is a Hybrid tank, which in essence allows it to act like several tanks given the coil choice.  The tank is a 4 mil 24mm tank with bottom adjustable airflow and 810 drip tip on top.  The top fill is a slide back mechanism indicated by a small arrow at the designated area.

The hybrid wording represents how the tank acts.  By standard it comes with the Hellbeast sub ohm coil, 0.2 ohm recommended between 60-80w.  However included in the box also is a coil adaptor to be used with Aspire Nautilus v2 coils to turn the tank into a MTL tank instead.  The tank is also compatible with a number of other coils including the Smok baby beast and Vaporesso GT coils.  The airflow on the tank acts also as an adjustable airflow based on vaping style, with one direction revealing a huge airflow hole for DL vaping and turning the other way reveals small holes to allow for MTL vaping.  As the coils change, so does the capacity and the 4.2 mil of the baby beast coils for example is smaller with the standard Hellbeast coils and smaller again at 3.6mil with the nautilus adaptor inside. 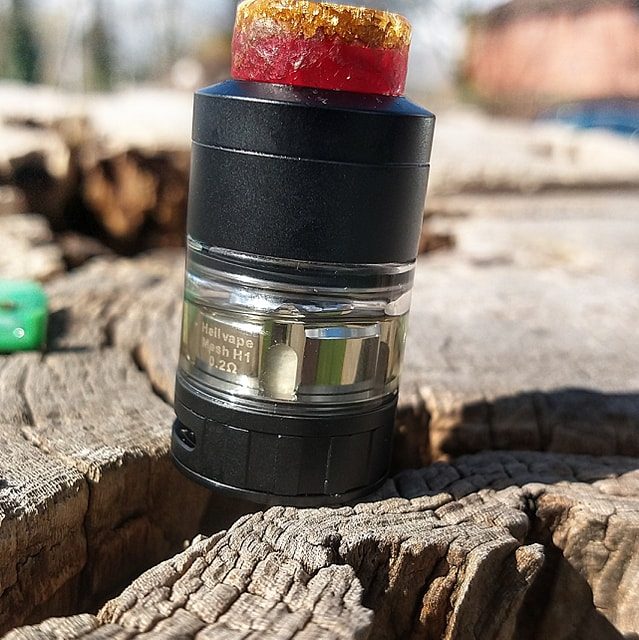 The first thing to really think about with this tank is the coils included in the box, the standard Hellbeast coils.  The flavour and vapour production from them is exceptional and arguably one of the best on the market right now.  The vapour production is thick even at 80w and the flavour is very much there also.  It is a single mesh coil that matches even the mesh pro dual coils for flavour, which is a massive achievement from Hellvape.  The airflow on the tank is fantastic as well giving the user many different options in how to vape.  Wide open gives fantastic cloud production and as it closes over it restricts the vapour but gives a more intense flavour.  The hybrid style of the tank is another huge pro for this as it gives vapers plenty of options on how to use the tank.  The Hellbeast coils stand out and rightfully so, but if you want a cooler vape from the baby beast of GT coils then you have that option.  Similarly, changing the coil from the standard to the Nautilus gives you access to one of the best MTL vapes on the market as well, simply by switching out.  So the tank represents amazing value for money given the potential uses that it can come with compared to others on the market.  Another pro for me is the smaller profile of the tank itself, meaning it will fit more snug on smaller mods as well as anything bigger and the 24mm ensures no overhang neither. 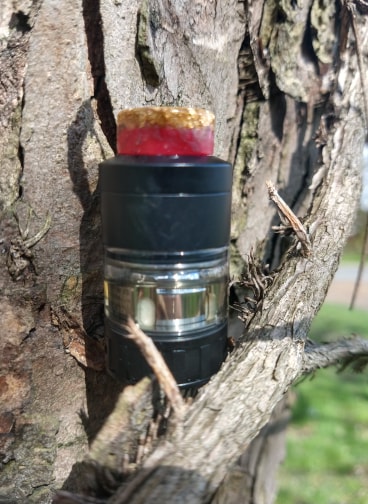 The first con is going to be the juice consumption of the Hellbeast coils, it will drain a tank rather quickly when chain vaping.  That is not to say the quality of the vape isn’t matched here because the added juice usage gives the much higher quality flavour.  However if you don’t have loads of liquid to go through with this tank then that is something to keep in mind.  The next con for me is going to be the airflow being a little loud when wide open.  I found myself personally lowering the airflow as a result so it won’t be a quiet vape.  Other than that, there aren’t any other cons I can think of, even the filling port doesn’t come open in your pocket to leak juice! 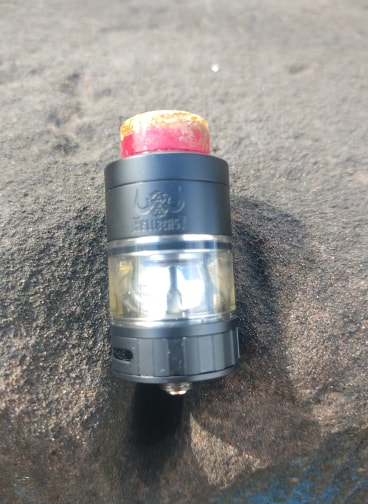 The Hellbeast is what I would consider to be a luxury tank on the market rather than an all day one depending on how you vape and juice availability.  The thickness of the vapour and flavour is due to the high juice consumption but the experience is excellent as a result.  If you don’t have liquid available to be filling up 3-4 times a day then this tank may not be for you.  However if that isn’t an issue then the Hellbeast stands to be one of the finest vapes on the sub ohm market today, I can’t praise it highly enough.