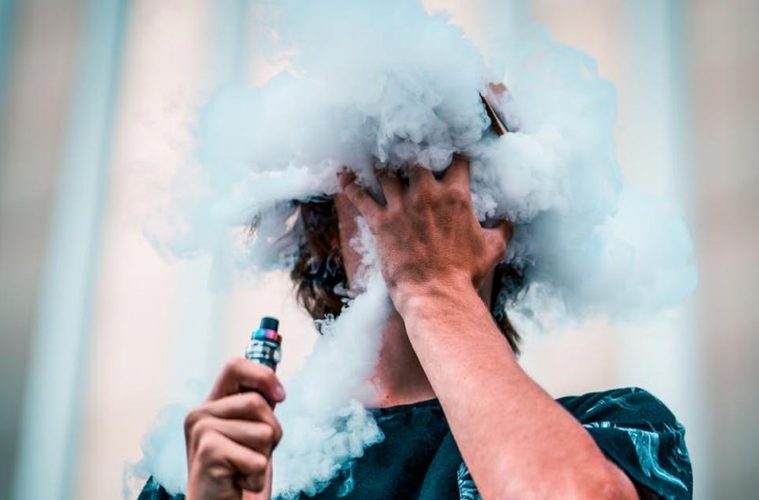 The media campaign against vaping

Vaping in the media has been varied all around the world, with laws and public opinions greatly affecting how it is perceived. In a world where a smoking cessation tool is treated like the most dangerous thing in the world, it can be hard to read some of the propaganda within the media paid for to deter future smokers making the switch. So what I want to do is take a look through some of the media perception over the years and see where the motivation truly lies.

This was the first real big story that spread across the media way back in 2015 and it revolved around a very harmful substance, Diacetyl. This story spread like wildfire and unfortunately companies got caught in the cross fire which ultimately harmed their brands. But why did this spread so much; why has it had a lasting effect on the industry?

The stories which broke essentially focused on tests showing E-liquid containing a substance called Diacetyl, used for buttery flavours. Many liquids contained this as it gave a more natural flavour to things such as custard and the most famous concentrate of all contained it from Capella. The story that ran worldwide contained the now infamous disease, popcorn lung. Now the truth of the matter is that Diacetyl does cause popcorn lung in a person, but not to the level you would expect. The only case of the disease existing was from a popcorn factory where workers were breathing in extremely high levels on a daily basis. In comparison E-Liquid contained practically nothing but the media ran with the dangerous substance story all the same. Fun fact on this, a cigarette contains significantly more of the substance than vaping that among the many health issues associated with smoking, popcorn lung has not been detected. Sadly this has left a mark on the industry that, despite banning of the substance in the UK, is still hard to shift.

Another very popular story to run in the media is exploding E-cigarettes to highlight the dangers of using them. Now with any electronic device there is always the risk associated from TVs to your mobile phone. However the media perception is continuing to highlight these issues like they are a great source of negative publicity, however let’s look under the title and see what they really contain.

The first thing to look out for with these types of stories is what the source content actually is. Far too many stories that use the word E-cigarette are actually focused on the battery instead and improper use. Using this one example you can see how the difference in attitude can still result in a negative story for the industry, using key words such as inches from a baby’s pram for dramatic effect. However the reality is, any sort of battery loose in a pocket with metallic objects runs the risk of exploding , the fact they focus on the word E-Cigarette is directly sourced to be scaremongering to people to deter them from making the switch.

The next example for these types of stories is the vape pen explodes in someone’s pocket. As previously stated, this can happen to anyone at any time, just like any other electronic devices. However the fine print of these types of stories actually forget to emphasise the user error in these cases. Taking this story for example, it contains the same scare scaremongering text of mentioning a child etc but the actual story is somewhat different. They involve people using a mechanical mod, designed for advanced users, in an improper fashion. This story for example revolved around them roller skating with it in their pocket, other stories contain asking others to prepare the device for them. No matter what, the idea that something that is only designed for people with a full understanding are being abused by people without this knowledge is still being treated the same as a regular manufacturing fault. Vaping can be perfectly safe when proper battery care and device treatment are applied, however in the media, there is a focus more on the shock stories that disregard the facts.

Now over the past several years, away from the shock stories from the UK tabloids, vaping has never really received the same level of attention that it does over in America. So it is here we will focus on research results that call into question the motives behind the studies as it were.

What you tend to see over state-side the the publishing of research that has been funded by tobacco companies offering negative results to damage the image of vaping. For example there was a research result recently that confirmed you are more likely to quit smoking with vaping daily. The interesting part about this however was the same researcher 3 years ago found different results when the study was funded by tobacco. The USA seems to disregard actual studies in the fear mongering research in a way to hammer home a non existent point of making vaping safe for people. I know this may all sound a little bias coming from a vaper but there is countless studies over the years that back the safer alternative and positive findings from vaping studies. From smoking cessation, to improved health conditions to even doctors backing it as a tool for smokers. If you read the media however , this can be glossed over and the research findings that pay dialogue to how dangerous it is always making the headlines. A rule of thumb should always be, if you see a negative study, read where the research has came from before making an opinion on the matter.

Over in America, the FDA have been tasked with trying to control the vaping industry with such motives stated as the kids, health and safety. In the general sense this is all fantastic from any government appointed agency as the health and safety of its people are its up-most priority. However the motives behind their actions have been called into question numerous times.

The FDA doesn’t stop there however, recently they have launched a campaign into sending the message that vaping can leading to smoking with the aim of directing that at kids. Using a famous street magician, they are pushing the lies that people will smoke if they start vaping. All of this is the tip of the iceberg in regards to FDA led stories but I want to share with you some actual facts when it comes to the epidemic of vaping teens in America.

As of Fall 2018, there was an average of 56.6 million kids in school in America. The figure vaping according to the FDA is 3.6 million kids total. This means there is a total of only 6% of the kids in America vaping, which calls into question the whole media campaign to protect the children. What statistic isn’t released however is what percentage of teens smoke or did smoke. I have that statistic as well. In 2017, 5.4 percent (about 1.3 million) of American teens smoked. Which means ladies and gentleman, the FDA are so hell bent on stopping vaping, they are ignoring the almost identical amounts of teens smoking.

So the general campaign of stopping vaping and even banning it in America for the fear of teens vaping is actually far from the reality of the situation. This suggests to me that the agenda for vaping is through financial issues rather than the public health concern of America’s teens. It was reported a few years ago that states such as California were dependant on smokers and the tax they brought in, with them being the first state to outright ban it, it isn’t hard to see where the motivation is coming from behind America’s attitude towards vaping.

I have barely scratched the surface when it comes to how media is perceiving vaping but even the above points can’t deny that there is a direct prejudice towards the industry. Since vaping became mass market, we have seen health of people sky rocket whilst the health issues that come from vaping reduce. We have seen the biggest drop in smokers in history, millions worldwide have made the switch and yet if you read about it via the news, you would think that the public are in as great a danger as before. The media seem to dismiss the research findings year upon year to peddle a propaganda campaign which is essentially putting more people at risk.

Every negative story that is believed by a smoker is potentially condemning them to death, actually consider that as a closing argument.