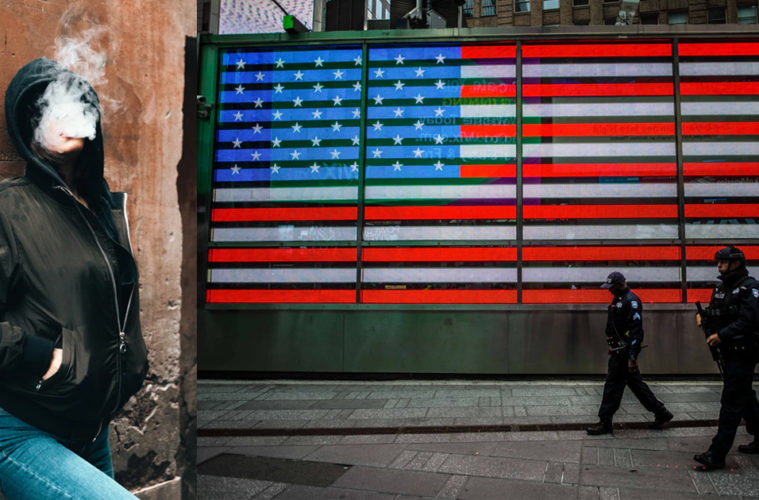 USA vs Vaping: The Bigger Picture

Breaking news this week was that President Trump has announced there will be a crackdown on flavoured e-liquids in the coming weeks following the news of deaths related to vaping. However the news headlines don’t tell you the full story in this on going case when it comes to USA’s war on vaping, not by a long shot. So what I want to do is take you down a trip of why USA have got to this point and exactly why so much has changed so quickly.

It has to be noted that the FDA have always been against vaping ever since it really hit the market back in 2009. The recent noises coming from the FDA may have come as a shock to some but they have been fighting vaping for as long as vaping has existed. In 2009, once the FDA had taken over tobacco interests, they added electronic cigarettes to Import Alert 66-41 and directs the U.S. Customs and Border Protection to reject the entry of electronic cigarettes into the United States on the basis of them being unapproved drug delivery devices. Back then E cigarettes were still relatively unknown so it was understandable why they would be so hostile to a new product such as this. It was the actions of Smoking everywhere and ASH-US in the months afterwards that removed the block on the products and allowed Americans to continue to vape.

So in essence, the FDA have always had a hard stance on vaping but the motives originally were in good nature.

Another aspect of vaping worldwide that is often forgotten is the control of vaping has never really been there until governments have stepped in. The incredible rise of an industry has left countries in shock, tobacco is heavily regulated and taxed but the alternative has been free of such things for so long. In the EU, they introduced the TPD which took some control of the industry and set in place regulations with safety in mind. However this has never come to pass in the USA, certainly not until now. Combined with external interests such as financial reasons, this is why America are stepping up on vaping in such a big way.

California banning vaping was a big story a few months ago and on the surface they are doing It to protect the kids who had took up vaping nationwide. The ban constituted all aspects including sales and importing and this has slowly been spreading around the state to an almost inevitable state-wide ban in the future. It was widely reported 3 years ago that California were in debt as they have been for quite some time, however one of the biggest causes of the debt by 2016 was smoking, or lack of it. The more people switching to vaping had left a giant hole in the income for the state and as such, the wheels had started in order to get people back smoking again. An absolutely horrible scenario to talk about but none the less what happened. So the implications of lost revenue as more and more people started vaping has hit American states hard over the past several years and this is part of the motivation to fight back.

Another big story that came out this year was the acceleration of the regulations in America for E cigarettes shortening from 2 years to 6 months. This came off the back of a campaign by anti vaping groups to finally get the bill passed in court to shorten the time in a bid to improve safety aspects of vaping. What this meant is that companies and manufacturers have been left with a short deadline to not only pay but to have their products checked ahead of sales. This is another crippling aspect of the industry and something that has been largely forgotten in recent times with the new headlines. The FDA approved this almost instantly and chose NOT to fight it rather than to contest a reverse of their own powers. You do have to question the motivation there.

Now the devil incarnate in America, vaping isn’t vaping, it is JUUL. They own 71% of the market in the country and have been accused of many things from courting to kids via third parties on social media, promoting in schools and even being the face of vaping in the USA. So what was their response? They accepted it themselves, despite them being the biggest target in the crackdown. What again is being forgotten is that they have been trying to comply with the FDA for quite some time from removing flavour pods from stores to funding anti vaping campaigns to kids. Owned 33% by a big tobacco company, their motivations seem to be underhand themselves.

A story that has broken in recent weeks is that over 450 illnesses from vaping have been reported in America across many states. They have led to hospitalization and even sadly deaths, but the stories, or indeed the headlines don’t tell you why. The root cause of the issue has come from illegally made cartridges containing THC and other harmful ingredients. In short, nothing to do with vaping itself but that does not deter from the media headlines. It is similar to blaming alcohol for causing deaths as a result of people drinking home made moonshine out of someone’s car boot. It does not make sense, and to some extent we are seeing the chewbacca defence in full play in America.

The reason why America want to clamp down on vaping suddenly isn’t motivated by cause of concern, health or even the kids. The main motivation is power and money, such has it has been for a long time. The FDA want to seize control of the industry as they see fit and in such a short amount of time this year, different factors have delivered their ambitions on a silver platter. Make of that what you will. The individual banning/self interests across the country seem to be motivated by money and ultimately to replace lost tobacco income and alongside the FDA, can do so freely. Combined with the propaganda within the industry, they can do all of this freely as it gets reported on the news.

What we will see in the future I predict is a heavier control of vaping rather than an outright ban in America. That has always been the end goal here, after all vaping makes money as well. The bigger picture may well be that vaping will one day overtake smoking in the western world, perhaps the American government want to be be in full control before that happens?