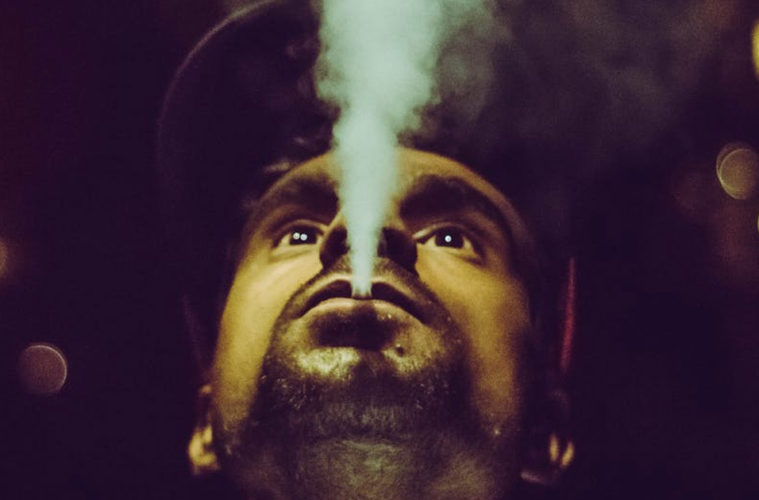 What is vaping? The most basic term for a whole industry of different types of tanks / mods and even vaping styles. Vaping is as simple or as complicated as you make it, with devices and tanks available for both ends of the spectrum. Sometimes it can be difficult to break down what vaping exactly is, so here at The Vape Pocket Guide, we want to break down exactly what vaping actually is, with the hope you can learn a thing or two in the process.

Vaping in it’s basic form is a method to deliver nicotine to a user in a much safer and less aversive method than Smoking, with a more pleasurable way of doing so than NRT therapy available. This is achieved by suspending the nicotine in two components, Vegetable Glycerine and Propylene Glycol. Both these agents suspend the nicotine and flavourings and provide the vaporising of the E-Liquid when vaping. The vapour created is achieved through a coil system, often made from materials such as Kanthal, stainless steel or nickel as examples. When the user activates the vaporiser, it heats the coil up and vaporises the E Liquid, producing vapour which is then inhaled, delivering the nicotine. The idea behind vaping is to mimic a cigarette, hence the name E Cigarette. The purpose of this is to replace Smoking entirely and give the user their nicotine without the added chemicals and poisonous ingredients that tobacco carries. As the industry has expanded, so has the many ways that Vaping can achieve this, through methods such as Mouth to lung, Sub ohm or simple pen devices and pod systems.

The first mention of vaping can actually be detailed back to the 1930’s as a patent was filed by a Joseph Robinson for an electronic cigarette device. However there was never any product produced from this patent at the time. Over the next 50 years there was further mentions of electronic devices such as Herbert A. Gilbert during the 1960s who is credited with designing a product very similar to modern devices but it was never commercialised at the time. Then in 1979, Phil Ray and Norman Jacobson worked together to produce the first vaporising device which also brought about the first research into Nicotine deliverance at the same time. The device they created was a commercial failure but it can be said that it was with them that the word Vape became part of the vocabulary and really started to accelerate the idea behind an Electronic Cigarette. Throughout the 90s there was many more attempts to bring this idea to market, with many obstacles but in 2003 the very first commercial E Cigarette was produced.

Hon Lik, a 52 year old pharmaceutical worker and smoker developed the very first electronic device motivated by his father dying of lung cancer. His company, Golden Dragon Holdings manufactured it under the name Ruyan (meaning like smoke) and thus the E Cigarette finally entered the market.

What is Mouth to lung MTL

Mouth to Lung (MTL) vaping is a style that closely mimics that of a cigarette. It uses low power and is ideal for high nicotine E-Liquid. Using the MTL style, you draw the vapour into your mouth first before inhaling afterwards, hence the name.

What is Direct to Lung DTL

Direct to lung (DTL) is for higher powered vaping and often come in bigger sizes than the MTL counterparts. DTL vaping is taking the vapour straight into your lungs in one motion before exhaling allowing for more vapour to enter the lungs. This method, commonly known as sub ohming, is designed for lower strength nicotine E-Liquids.

What is Sub Ohm Vaping

Sub Ohm Vaping is is the partner to the DTL vaping style. The coils used are often of low resistance and require higher powered mods to run them effectively. They normally start at 40w and can move all the way up to 300w, with the average power for a sub ohm tank being around 70w.

What is Temperature Control

Squonking is a fairly new style of vaping that has existed for several years now, starting in the days of handmade mods. In recent times it has taken on a whole new market of their own with some great quality devices out there. Squonking generally uses a dripper/RTA style top with a mod that contains a bottle filled with Eliquid. The user can then squeeze the bottle (hence the name) to refill the tank as and when it is required. Needing more care due to the rebuildable nature of the tank/RDA used, this method is better suited for experienced vapers.

What are Vape Mods

Mods are essentially the device that provide power to the tank to allow you to vape. They can come in different sizes and shapes with many products unique to each company. All mods provide the same function however, with a fire button, batteries and 510 plate on top to house the tank. There can be external and internal battery mods, which are designated to how the device is powered. An external battery mod requires batteries that are charged via a external charger and can come in different shapes depending on their use. Internal battery mod house the batteries inside and are non replaceable. However these can be charged via a provided USB cable and often means the device is sealed off from the battery compartment.

As with anything, there is always plenty more to learn as you delve deeper into the rabbit hole that is vaping. However hopefully this article has taught you something new about a term you were previously unsure with. Here at the Vape Pocket Guide we aim to help and support all vapers, new or experienced!